Honestly i dont blame you..its my father's fault for calling me to the hall when i was a small boy to watch united then..thats why I'm suffering now..

God will surely ask you people..mmoa

Ole out. He’s gone from bottling 4 semis to not even being able to reach them

We had Ole done to deserve a new contract? He should have taken Fred off against PSG when he has a yellow he didn’t and he later got sent off and cost us. He should have been subbed again today at the half and he didn’t again. Shocking manager he is

That should be a career ending performance for Fred. He should get nowhere near that squad ever again.

. . . OGS rotated his squad for today is beyond me. Progress has been made from the past regimes, but his time will be judged whether he can win a trophy. This was a good opportunity. And we’ve well and truly fucked it.

THATS IT!ENOUGH IS ENOUGH! Absoulte dire performance but we are used to it now, we will never win a trophy with the Norwegian Tony pulis, I am moving to a big club like Arsenal where they know how to win an fa cup, under a good manager like Arteta

Absolutely baffled why Ole hasn’t played our best side in a quarter final of a cup competition against a side who presses, bags of energy and quality. We got what we deserved from that performance and result. Poor decision making, no quality and quite frankly horrible to watch.

Telles starting ahead of Shaw. Bruno benched. Still think my left testicle is more useful than the Maguire/Lindelof combo and Martial starting. I can only think that being knocked out was a part of a grander scheme but Ole is at the wheel

I guess Ole doesn’t want to win any trophy at Man United. How can you start a match with your worst team against a team you drew with not too long ago. This has been his tactics ever since in quarterfinals and semifinals. Supporting Ole is true suffering 🤕 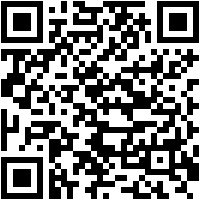